What’s So Amazing About Grace? (Book Review with Quotes) 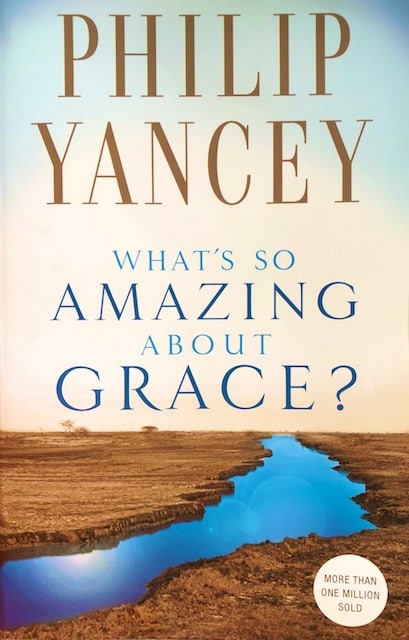 For a long time, I’ve wanted to read this Christian classic (by Jimmy Carter’s favorite author), and have finally done it. It is amazing how relevant the political issues discussed still are today after more than two decades: race, homosexuality, abortion, separation (or not) of church and state.

All those years ago Phillip Yancey saw the writing on the wall for the present day political agenda of right wing fundamentalists, and in this bestselling book tried to stem the tide. We now know his foreshadowing was right. Unfortunately, it did not make the needed difference, and they did not heed his council or warnings. I did appreciate his attempt to get them to focus instead on what Jesus expressly said were issues, no matter how unheeded it has been.

However, as NOT an evangelical, I took issue with this author linking grace up only with sin. I think we all receive grace regardless of where we are at any given moment on the righteousness/sin spectrum. Because of too much harping on how much we sinners need (and have) grace, I can only give this well written book four stars. Did God create man capable of sinning and then send grace as a panacea for it? The first chapter of Genesis says God created man in His/Her image, and as very good. Was grace absent then?

There are some great bits in What’s So Amazing About Grace, though, and here are the ones that stood out to me:

Thank goodness grace abounds for everyone, without exception. 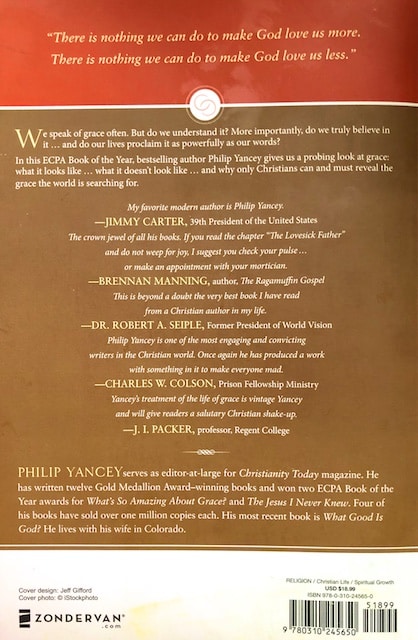