Book Review: The Secret Wisdom of the Earth 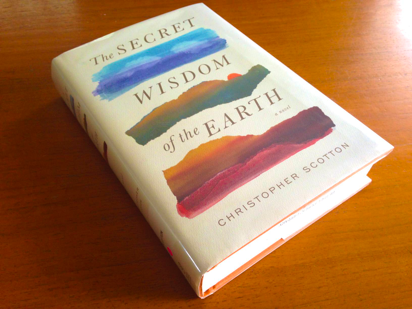 I knew nothing about this book before I read it, never having even heard of it. I checked it out it out from our library’s new book shelf because I liked the cover, all the while thinking I should be dutifully getting something off my ever-expansive booklist instead. It was a bit slow to get started at the beginning, but I kept reading since the writing was so good. I found, however, that it really does pick up the pace! By the end, I am marveling at it, and giving it 5 stars, which is quite a compliment to this first-time author.

This is a coming of age story set in rural Kentucky as a small town faces the devastation of strip mining and “mountaintop removal.” It also must grapple with violence against a well liked member of the community. Homosexuality plays a part here, as does personal tragedy, along with friendship, healing, integrity, heroism, and justice. The character of “Pops,” who is grandfather to the 14 year old protagonist, is memorable and endearing, as well as wise. I loved Buzzy too. I also really appreciated how all the loose ends were tied up at the (mostly) satisfying conclusion to this story, which is altogether not common enough in contemporary novels.

For the parents and homeschoolers out there, I would consider this appropriate high school level reading as well, even though there are a few sexual references and some profanity. The issues at stake may be of particular interest to teenagers and young adults, as they navigate a complex and changing world.

As I thought the writing was excellent, I chose some bits to share here as teasers:

• “My father emerged from silent disbelief and was diligently weaving his anger into a smothering blanket for everyone he touched, especially me. My life then was an inventory of eggshells and expectations unmet.”

• “The house was a three-bedroom Southern Cape Cod with white pillars on the porch, double dormers jutting out of the roof like eyes. One broken blind closed in a perpetual blink.”

• “Buzzy Fink’s toenail collection, by the time I arrived in town, filled half an old Band-Aid tin.”

• “Coveting is one of the three basic human emotions, right behind love and fear.”

• “Pops smiled. ‘Son, the more people I meet, the less good I get at labeling them. That’s a wisdom I hope you acquire.’”

• “Its front bumper was six feet high and spanned sidewalk to sidewalk across Green, with four enormous headlights that looked to be the giant dead eyes on a birth-defected leviathan.”

• “What did you learn tonight? I paused, thinking about the scene in Hivey’s and trying to parse what it all meant. ‘I guess I learned that even though most people are good, they can be talked into doing bad things by one or two jerks, like that Budget man.’ Pops nodded, but was silent. I thought some more. ‘And I guess, people sometimes need someone who can sand up and remind them that they are good people and they know what’s right.’ Pops nodded and smiled slightly. He seemed satisfied, but said nothing.

• “I knocked and Mrs. Fink emerged from the darkened room, peering suspiciously through the screen door. The silvery haze of the screen seemed to smooth her hard years in the hollow. She opened the door and aged a generation before my eyes, her face reading like old newsprint: sideways quotations around her eyes, double parentheses enclosing her mouth, and an exclamation point in the folds of her forehead.”

• ‘Men like Bubba Boyd think the earth owes them a living. They take whatever wealth they can from the mountains and move on. I actually feel sorry for him, I really do. He can’t for the life of him see the simple beauty in a waterfall or understand the importance of history and place. If I have one hope for you, Kevin, it’s that you never become one of those men.’

• “The road rose and merged with the plateau that had once been Indian Head. We walked among the rick piles – rock that had been hidden underground for millennia – now exposed and stacked like corpses.
Pop’s face was a twist of anger. ‘Indian Head was not a large mountain, but notable for a huge rock formation at it’s summit. When you saw it from the south, it looked exactly like an Indian warrior in profile… It was about sixty feet high and just an amazing sight – you could see it for miles. Folks around here called the Indian face Red Cloud because the rocks had a reddish tint to them, but the legend goes back hundreds of years to the Shawnees who lived in these mountains before that white man. It was said that any brave who could scale the face would be able to steal some of the warrior spirit’s bravery and would be protected by the gods in battle. No one ever achieved it and many braves died trying, until a white hunter, captured by the Shawnee and sentenced to a torturous death by the Shawnee chief Blackfish, negotiated a reprieve if he could scale it. He did and was adopted by Blackfish himself as his son. The Shawnee called him Sheltowee, but we know him as Daniel Boone.’
‘Since then, generations of Missi County boys tried to prove their courage climbing up the face of Red Cloud – only thirteen actually made it.’
‘Did you ever climb it?’
Pops smiled. ‘I did. But not until my third try.’ He looked up at a place in the air where Red Cloud had been.‘That’s a story for another day. Let’s get on down the road.’ Pops moved out with dispatch, his pace quickening to escape the tortured landscape.”

• “The concussion traveled the length of the escarpment, and Creek Mountain seemed to shudder and swell as would a lumbering mastodon, surprised and indignant at the many spears of man. The mountain gathered itself for a moment, then collapsed at once in a great rumbling sigh as the hard rock shattered, the subsoil liquified, and the orphan trees rode down the rubble to oblivion.”

• “All their lives they had taken bearings on the certainty of his presence; some found freedom in abdicating authority; others hackled at his dominion over their lives. For them there was a confederacy in a common enemy; others took ease in determined prospects. But all felt comfort of the familiar.
And now, with him gone and and the draglines idled, uncertainty was their new incumbent, accountability a sudden, unwelcome companion. They took up their lives like the newly paroled, gingering these found freedoms and secretly dreading their ambiguity. He was a common adversary to rally opposition, a tangible benefactor with whom to unite. Whether set hard for or against, now their notion and understanding of things hung on abstraction. Now they had to fathom out an uncertain future. Had to disentangle the unknown.”

I am certainly glad we have solar panels on our house and that we are no longer directly party to the consumption of coal!

Read this book if you are up for a story both worthwhile and different. 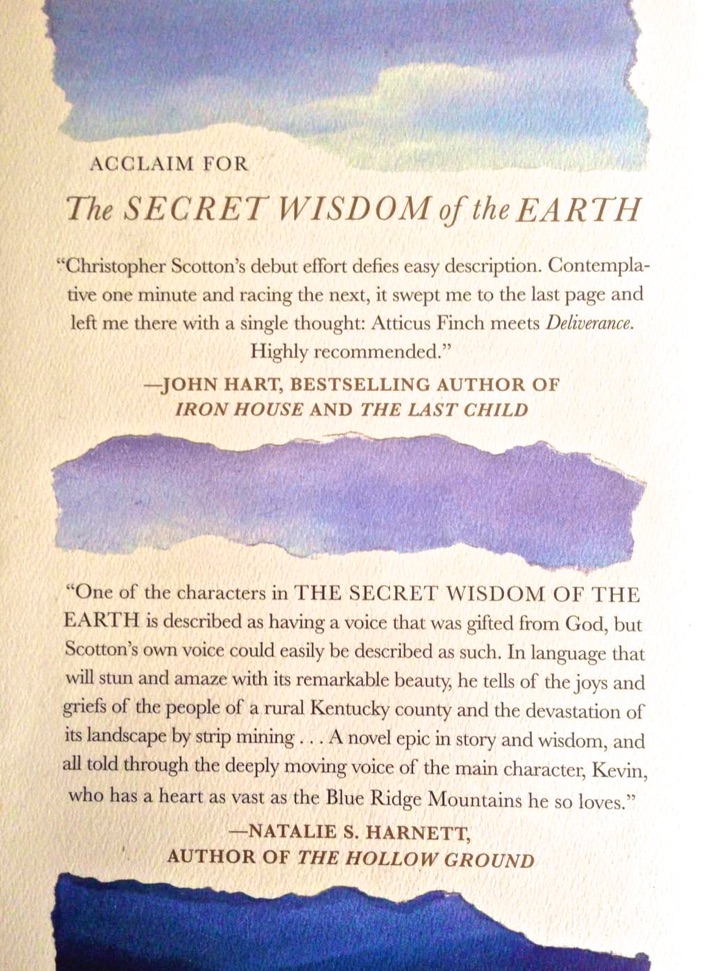