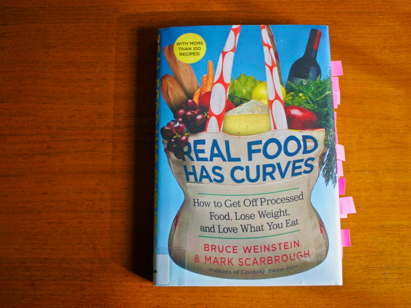 Okay, ignoring the stupid title, I really liked this book and give it five stars. I renewed it three times from the library – wangling one more than allowable as I was loath to give it up.

It is about how and why to get processed foods out of your life and actually enjoy what you eat instead of feeling like you are giving up anything that you actually want.

I tabbed 45 recipes in here, so maybe I should buy the book? I’ve already tried several which were all delicious:

“Look at the ingredient list on a package; check out the number of grams of sugar per serving. Now divide that number by four. That’s the number of teaspoons you’re getting in each serving.”

“detox from the excessive salt-fat-sugar shellac”

“Food must not anesthetize. It has to stimulate.”

“I will promise to do my best to try one new fruit, vegetable, meat, fish, food preparation, or recipe every week.”

“Being conscious is the way to greater pleasure in every avenue of life.” 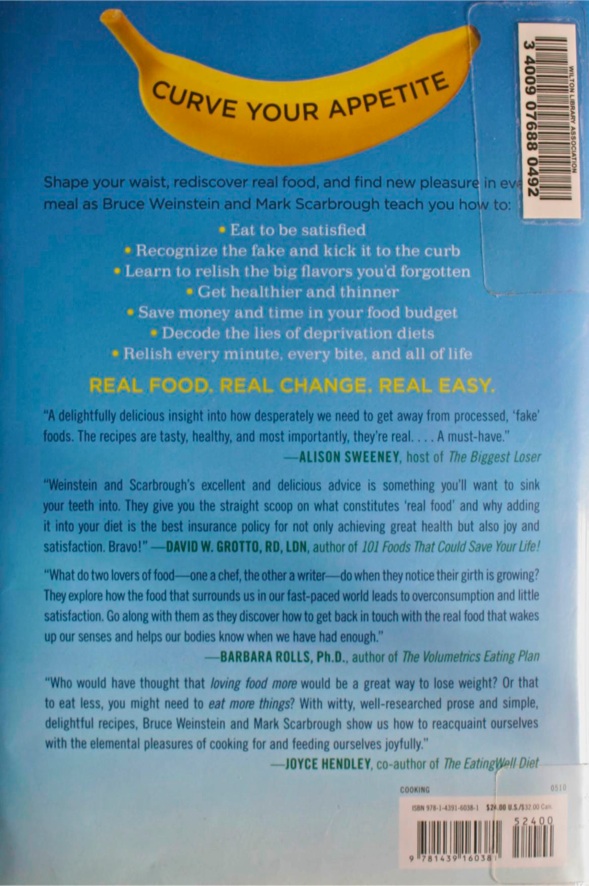