The Golem and the Jinni (Book Review)

I’m not a reader of much fantasy, but when I asked you blog readers what you wanted to  include on this year’s Reading Challenge, one of the resounding answers was Fantasy or Sci-Fi. So I did include that suggestion, and I’m so glad I did, for otherwise I doubt I would have read The Golem and the Jinni. I originally got this book recommendation from this review here in the Christian Science Monitor.

This book  includes two fantastical beings, set in historic immigrant communities in New York City. One is a Golem, which is a living creature  made of clay, while the other is a Jinni, who is made of fire. As we watch them struggling with their nature among some clueless humans, we find that it clarifies inadvertently what it means to be human.

There is love and curiosity expressed in this book, as well as beautiful tolerance of differences between the Hebrew and Syrian immigrant populations. The whole novel reads like a mystical tale of old– a long, lazy, easy going story set in the 19th century, and not in any hurry of winding up.

I really enjoyed reading this book even though I was reading about creatures that never really existed, which I thought might feel bothersome to me. Instead it was refreshing and I was rooting for them! You might too.

This is a satisfying escape read, perfect for the summer. I give it five stars. It was interesting, well written, kept my attention to the end, and I never knew how it would all resolve. 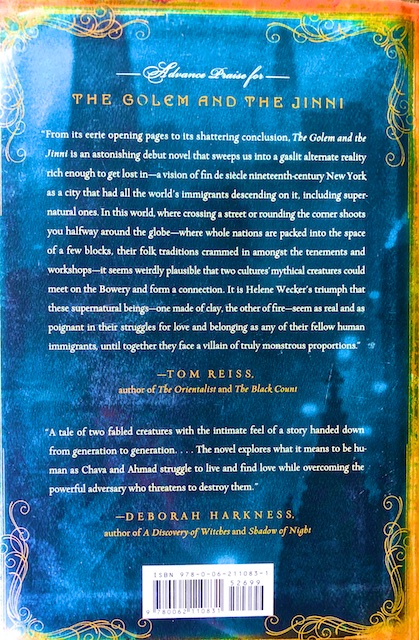 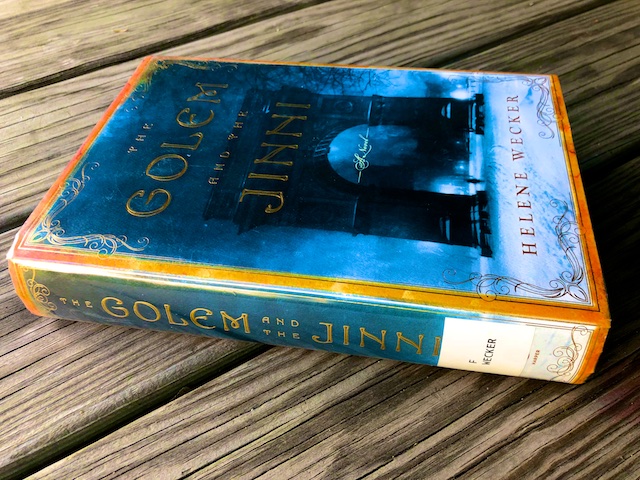 Here we are entering day four of no electricity. B