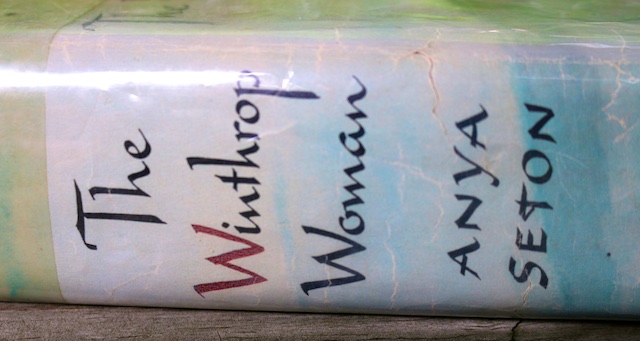 I loved this book of historical fiction and give it five stars. Anya Seton is a master story teller, and a meticulously thorough researcher. This book about the early half of the 1600’s was a best seller back in 1958. I can see why, and it taught me much about the founding of New England, particularly the area near where I live.

It is the true story (based on surviving documents) of Elizabeth (Bess) Winthrop, niece (and daughter-in-law) to the rigid puritan John Winthrop who help found the Massachusetts Bay Colony.

The story begins in England before the migration to the New World in 1631, and tells a clear and unvarnished story of the Puritans, who focused on the Old Testament’s harsh decrees. When Elizabeth’s friend Anne Hutchinson–who we have a highway named after here– claimed that “God is Love,” she was excommunicated from the church in Boston as a heretic and banished.

Sympathizing with Anne Hutchinson’s view, eventually Elizabeth must flee too, and ends up the largest land owner in Greenwich, Connecticut, which at the time was just the wilds filled with natives. She was on friendly terms with those natives, although the mutually butchering times made that very difficult to do.

She ends up allying with the Dutch in New Amsterdam to avoid the tyrannical Puritans in New Haven and Stamford that are pressing on Greenwich from both sides. And while the Dutch were tolerant religiously (much to the consternation of their Puritan neighbors) Elizabeth’s alliance to them had its own difficulties and trials.

Bess was a woman well before her time in her strident need to follow her own conscience, be the master of her own fate, own her own land, and eventually love whom she chose. Her tumultuous history shows her to be a woman of uncommon fortitude and courage, and I cheered for her –and felt for her– the whole way through this long tome, straight on until it’s satisfying, but not overly sweet, ending.

I recommend this book highly to any one interested in the 1600’s in New England (particularly Connecticut), for you will come to understand it as never before. I think this novel would be great high school reading for homeschoolers (especially girls) as well. It would make a wonderful Masterpiece Theater series, if only they depicted American stories.

However, it is not a light undertaking, for while engrossing, this 586 page novel has small print, narrow margins and very little white on the page. It takes a long time to read it, but I enjoyed each minute of it, giving my husband daily updates as this epic progressed. Maybe consider listening to the 27 hours of the audio?

I read a copy from the library, but then bought my own at the recent Newtown library sale. You can see both versions below. This is a book I might read again someday. I’ve added this author’s book titled Katherine, to my reading list for some time in the future.

Meanwhile, I wish you all as much pluck, forbearance, beauty, and brave endurance as this strong minded heroine. She will not be forgotten, and it was tenaciously spirited people such as her that built this country we must defend and nurture now. 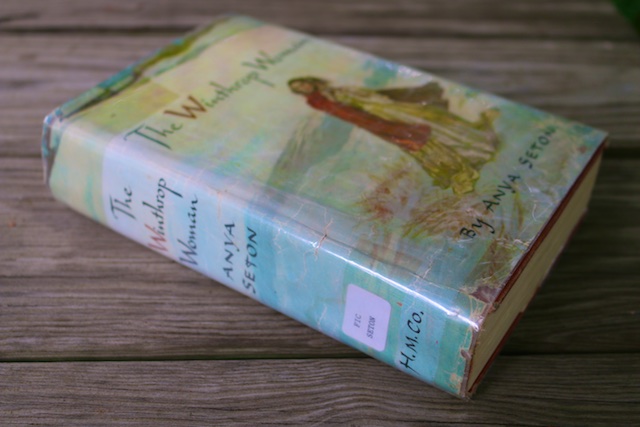 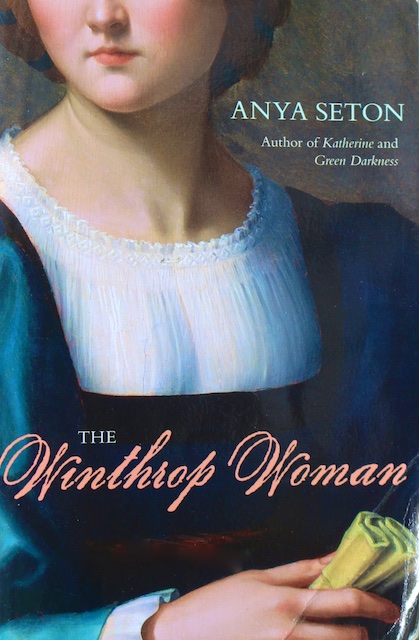 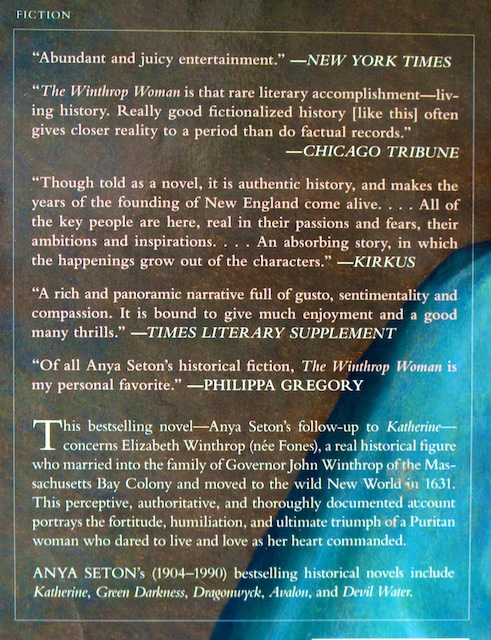