New Poem: Ode to Becky on Her Birthday 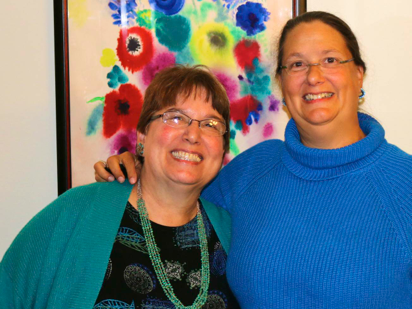 Ode to Becky on Her Birthday

Becky was six when I was born
always having her own room
when I shared with our middle sister.
She put pea soup in her shoe
when she didn’t want to eat it.
We called her the Big Bossy Bear.

Our favorite times were long camping trips out west.
In the car as we were about to leave,
our Dad would grab our mom’s knee
enthusiastically roaring “Westward ho!”
and we were on our way,
singing “Home, Home on the Range.”

We all loved the mountains
but argued over who had to sit
in the middle in the back seat
so our parents told us to
“go sit under that tree over there”
and “don’t come back until you can
think of three good things about each other.”
That seemed excruciatingly hard at the time
but I could at least readily compliment Becky
as an accomplished flute player
so only had to drum up two more for her.
Eventually we came up with the required good thoughts
and our trip west could proceed.

Becky especially liked the hike
to Inspiration Point in the Tetons
and would do it many times
with other loved ones,
but I got to do it with her first
when she scrambled up there with no idea
of what joy, majesty, and awe to expect.

At home we would stay
around the dinner table for a long time
and because Becky was so verbal
our parents had to institute turns
so everyone would get a chance
to tell about their day.

Becky read a lot
and I had already heard the plot for every book
I would subsequently read (or not bother to) in elementary school:
there were no surprise endings in any of them for me.

I took ice skating lessons because she did
and our mother would sew us matching dresses.
Our whole atheistic/agnostic family
went to the Unitarian Church for a while
because Becky wanted to go
to school on Sunday like her friends.

I tagged along with our Girl Scout leader mom
doing Junior scouts three times:
Becky’s troop was an initial trial run
for the polished perfection of mine.

When she turned 13 on Friday the 13th,
we held a spooky do-it-yourself party in our garage.
We took everything out of it,
turned out the lights,
and then blindfolded her friends,
who got grossed out
feeling cauliflower brains and spaghetti guts:
I peeled all those grapes
that were the eyeballs
which is not so easy to do.

In high school her band got to go on tour in Europe
where she played that terrific piccolo solo
in Stars and Stripes Forever.
I went around all over town with her
as she shopped for what purse to take
when she finally returned to Wilkinson’s on Main Street
to buy the first one we had seen.
She brought me back from her trip
a wooden figurine that plays music when you wind it
which I still treasure in my dining room today.

She liked going to the U of M football games with our parents
but I relished those blissful Saturdays alone instead
while still hearing the cadence of the marching band
three miles away.

When she was in high school we were scandalized
that she started sleeping in the buff
and stayed up all night to read Atlas Shrugged.
But generally, she was a goody two shoes
with those narrow feet of hers
complying with our parents on every point
not breaking any ground for me, the youngest,
who was the first to date anybody.

She stayed at Helen Newberry
and I spent a ton of time in my only high school art class
obsessing over the creation of a paper mache
mirror/toiletry/washcloth stand for her dorm room
– blue of course –
that I think she deemed hideous
and I doubt it was ever used.
But the thought counted – I missed her.

Becky met an exceptionally tall guy named Bruce
in the Botany lab and before we knew it
she was living at home again,
getting her master’s degree,
and planning a wedding.
Our mother made all of the dresses
and grew every blue flower we could think of for bouquets.
I was a bridesmaid and decorated the getaway car
with clanking cans and streamers.
At the reception we danced to an accordion band and had a blast.

Becky had liked working at the Michigan League
so when I was a freshman she got me a job cutting pies
and I was supposed to be grateful,
but I hated it and indignantly quit
before even one day was done
getting a job in the Physics lab instead,
which was an unanticipated move
that launched the rest of my life.

Allen was born and wanted to sit on my lap at his first birthday party.
Becky and Bruce moved out of state before Rachel arrived,
shorter than most, full of grins and spunk.
These were busy years for us all
and we visited more with birthday and Christmas gifts
than in person: loving from afar.

We were all there though
through the horrible blow of Bruce’s passing
(oh too soon!)
and tried as best we could
to help Becky go from grief to coping
on to widowhood with grace.
She’s handled the challenges in her path
in ways that I deeply respect:
with pragmatism, honesty and dignity.

We started being more in touch
when the three of us girls were called on
to disperse our aunt’s household stuff
on behalf of our parents.
It was right out of the movies:
sisters reconvening after a long time
realizing that we got along
better than we thought
so much so that this poignant task
was sprinkled with doubled over laughter
and Becky’s catch phrases
of “it’s beat out,” and “sounds like a plan.”

It was Becky that had put our parents
on an assisted living waiting list near her
when five years later,
the morning after we concurred in giving our sisterly consent
they called to say that a spot was ready.
The escapade that transpired to move them there
included me driving moving trucks cross-country
but Becky did the hardest part
taking them to the airport
after my parents heartbreakingly said “Goodbye house”
to our family home that they never wanted to leave
and would never see again.

And she visited them regularly
over years and years and years and years
not always recognized but ever faithful
for everything from emergency room runs to laundry needs.
To say I’m profoundly thankful for all this sounds so paltry
it makes me cry to even attempt to express it
but my gratitude and her unswerving diligence
didn’t stop until she had handled cremation snafus,
two out-of-state memorial services,
and all the work as executor of our parents’ affairs.
Through all this I got to know my sister better
and came to love her more than I could ever have imagined.

She’s hit her stride now
and has just been honored
as the Biology teacher of the year
for the whole state of North Carolina:
teaching AP classes with high-tech smart boards,
inventing Teddy Graham labs to demonstrate probability,
mentoring student teachers, being the chair of her department
and inspiring the next generation to pursue science.
She likes the content and the process,
and her students even think she’s funny.
She is completely natural as a teacher and a mentor.
It is gratifying to see her enjoy it so much
and find it so fulfilling.

Becky’s kids are doing marvelously well
which is not only a testament to them but to her also.
Allen is stable and loyal and handsome;
he and his wonderful wife Heidi
have just had Becky’s first grandchild, Adrian Bruce
who is a gregarious delight and just about to walk.
Rachel, convivial and full of moxie,
is an excellent kindergarten teacher
in the #1 award winning magnet school in the country.
Both live close to their mom
and their attentiveness to her is exemplary.

Becky has blossomed into a wonderfully whole-souled woman.
She reads over a hundred books a year,
has taught me how to budget,
keeps in touch,
and has her priorities straight.
She is a creative, practical, can-do contributor.
I admire her strength of character,
and am very proud of who she has become.
Happy birthday, Becky!
I love you! 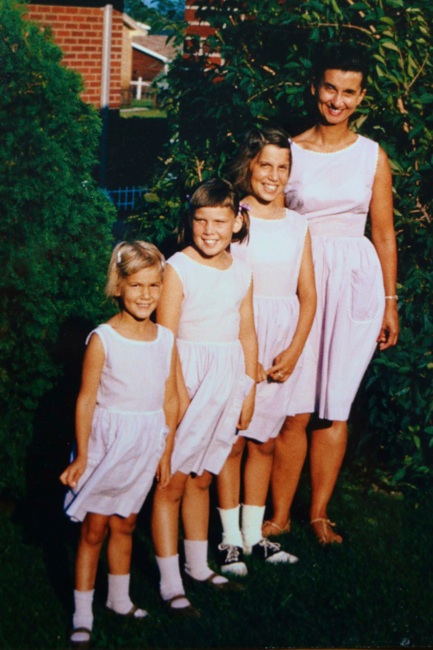 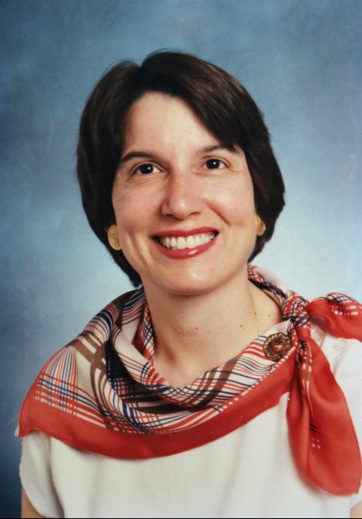 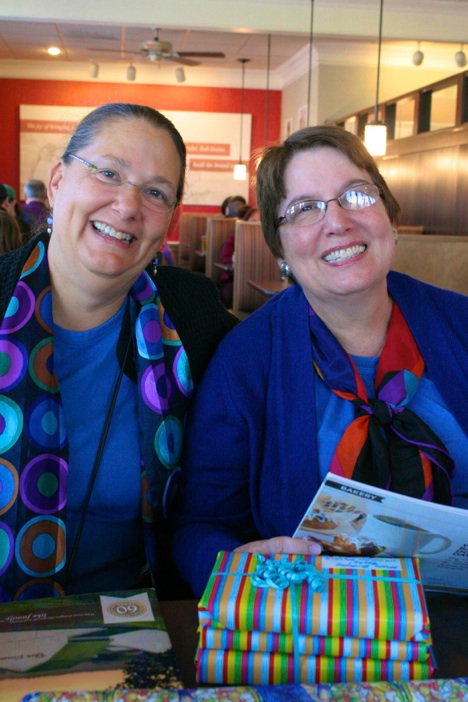 Tags:Family, gratitude, Poetry by me

Another SOLD in my solo show! National Crisis (acr