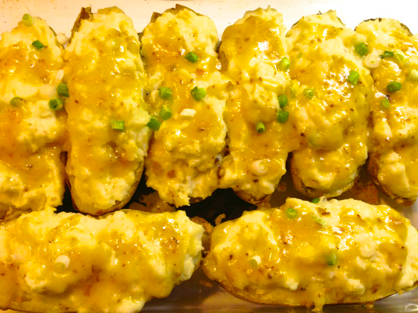 We don’t eat a lot of potatoes. They don’t freeze well in soups, and unless they are chips, they never seem to be worth the carbs involved. But last Thanksgiving in Texas, cousin Elaine made some awesome twice baked potatoes that really turned my head. I’ve been experimenting a bit since then and these really scored. Give them a try; they are a sure crowd pleaser.

Bake potatoes directly on the rack in the oven for an hour.

Allow potatoes to cool enough to touch and then cut in half, scooping out their insides into a large mixing bowl. Set the skins aside in a pyrex baking dish.

Add to the mixing bowl the sour cream, milk, butter, salt, pepper, half the cheese, and half the scallions. Mix well with a hand mixer. Spoon it back into the skins, topping each with the remaining cheese, scallions, and optionally, the bacon.

Bake for 15 more minutes, and then enjoy them immediately. 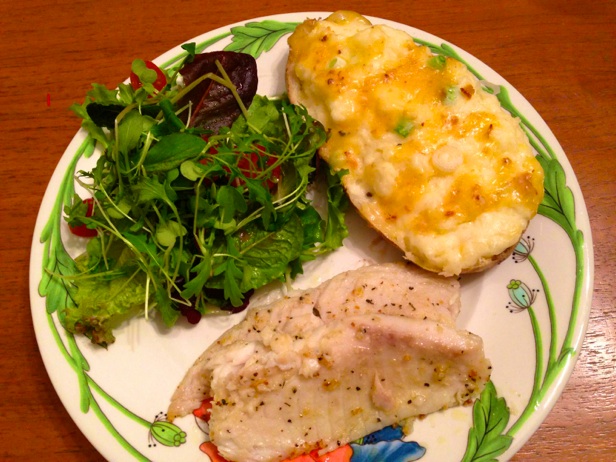