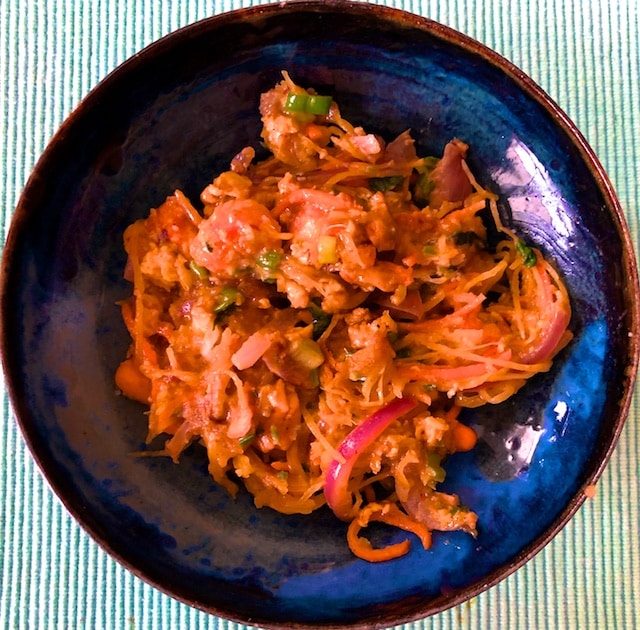 It is not your typical Pad Thai for three reasons:

If you want something more traditional, you could swap those things back in, but we like it this way!

(Also note that leftover cooked spaghetti squash keeps well in the fridge either in its shell or removed from it, so I usually buy a large one and have some to heat up later in other dishes like my frittata recipe, or with my cashew sauce, or in my Mediterranean style recipe.)

Cut the spaghetti squash in half, brush with a little olive oil, and sprinkle with salt and pepper. Bake cut side up for 45-50 minutes.

Meanwhile, make the sauce, by putting all the sauce ingredients in a food processor or blender, and blending until smooth.

Place the thawed (squeezed dry) langostino in a bowl, season with salt and pepper, and add the arrowroot powder, mixing to coat evenly.

Heat two tablespoons of oil over medium-high heat in a large skillet. When the oil is hot, saute the langostino for a few minutes until tight fisted, then add in the red onions, and saute for about 3 minutes more.

Turn the heat down to low, and push the langostino/onion mixture to the side. Pour in the scrambled eggs, and cook, chopping it up roughly as you go. Once the egg is cooked, mix the egg bits in together with the langostino and onions.

Pour in the sauce, and scrape up the bits at the bottom of the pan. Add in green onions and carrot strips. 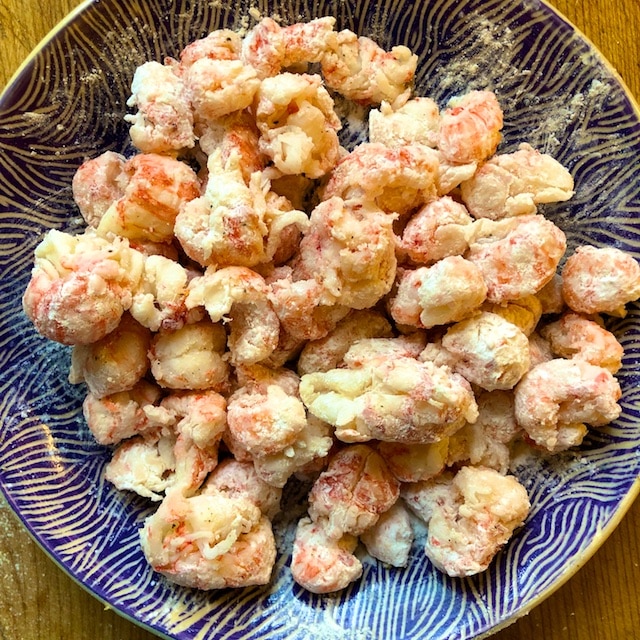 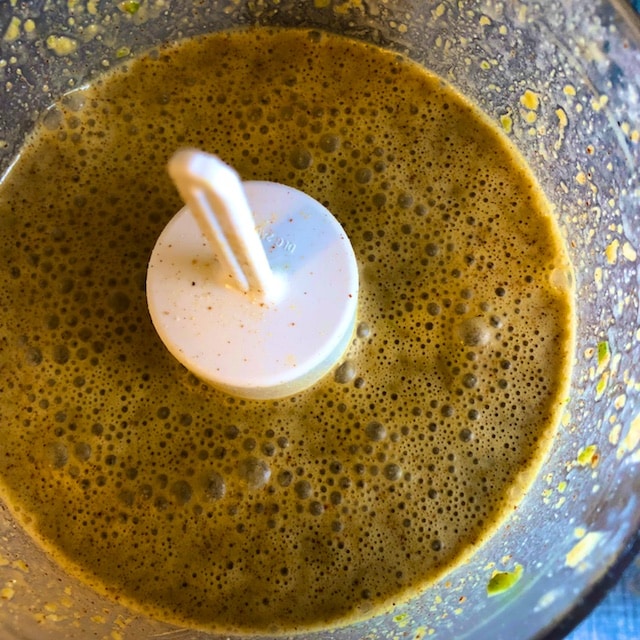 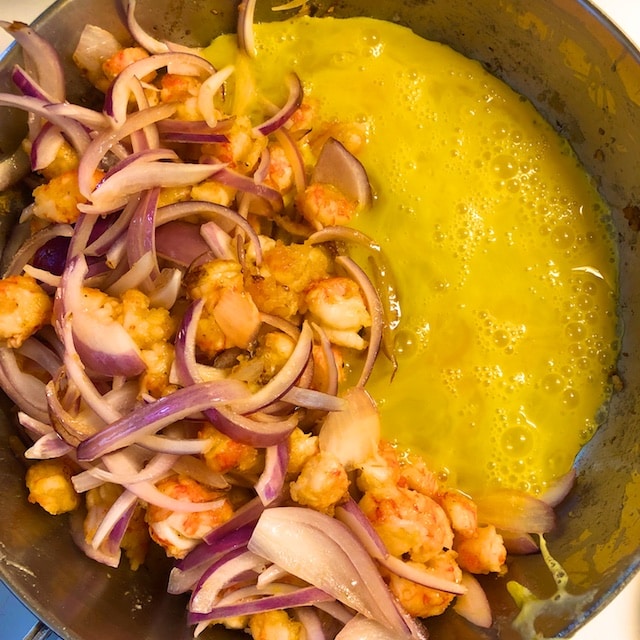 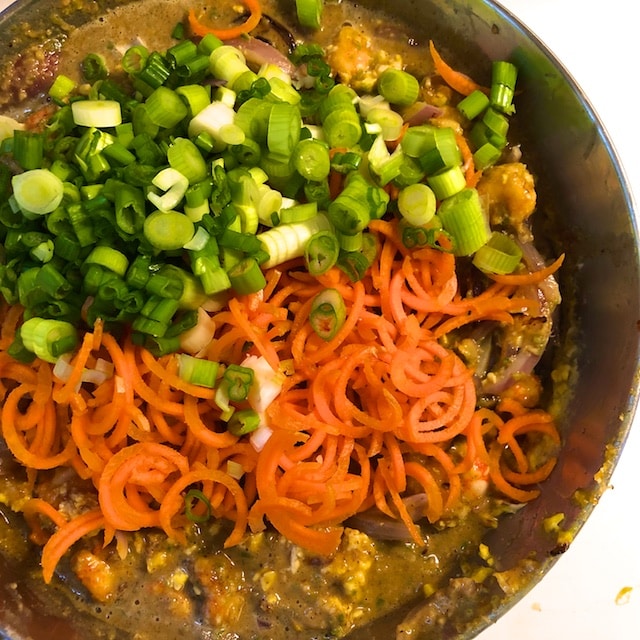 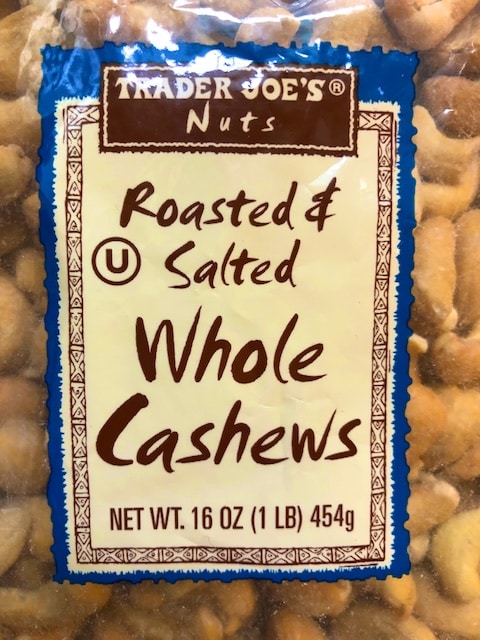