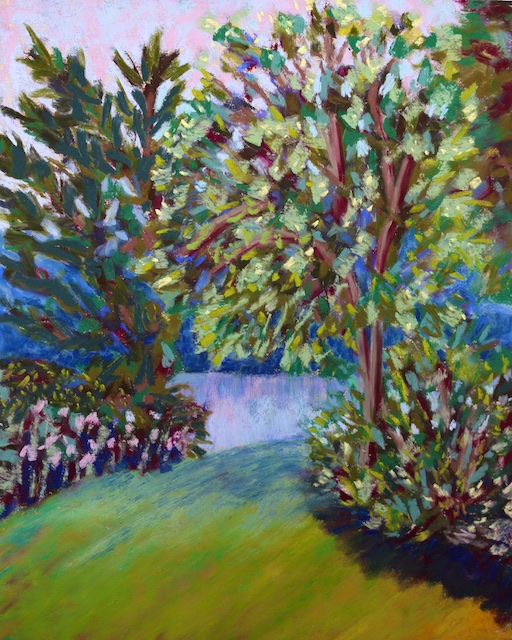 First, I painted the scene above along the Connecticut River, plein air, in my workshop with Stan Sperlak (for which I shared the first day on this blog yesterday). We were allowed 20 minutes for it. He is trying to get us to paint quicker and to be “less precious” about it, trying different things.

Next we were asked to do three 4″x6″ sketches of the same scene, and were allowed only 5 minutes for each one. Each was supposed to be different, using different color solutions. The sun came out from behind the haze for the third one, so I opted to sketch it in bright oranges and reds.

The fourth sketch we were again allowed only five minutes, but we were to paint it like someone else might, who was not ourselves, so of course I picked dull neutral tones for that one.

Lastly, we discussed and analyzed the sketches and were to pick out the one we liked best (the warm one for me), to paint it in improved fashion on a larger sheet. For that we were allowed and hour, and you can see it in the bottom, after photos of the four sketches.

Stan suggests we paint a hundred small sketches of a single scene this summer, choosing out the ones we like best for a series of finished paintings at the end of the summer.

Masters, he says, are merely those who fail more than others have even tried. 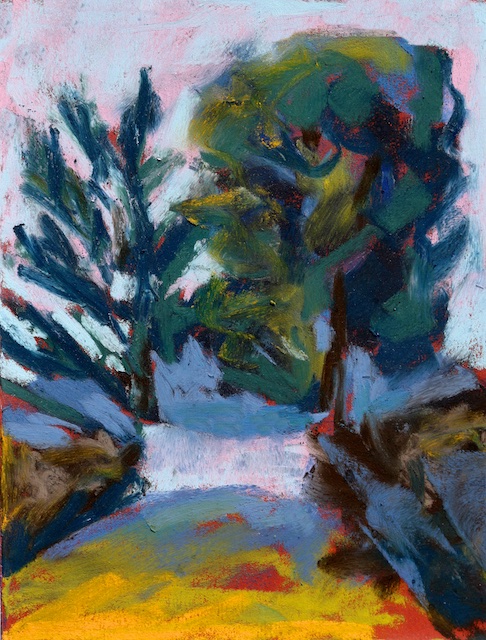 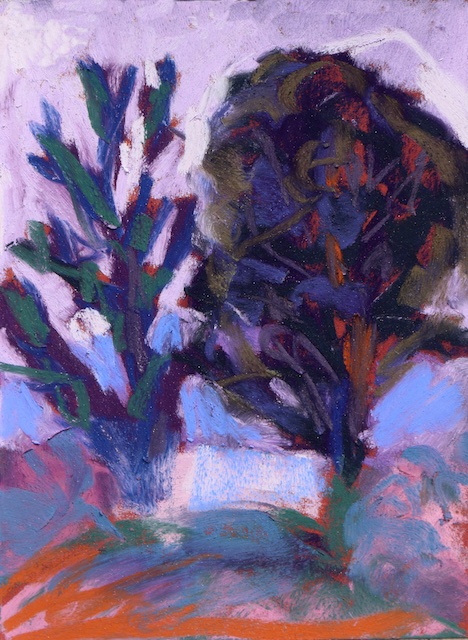 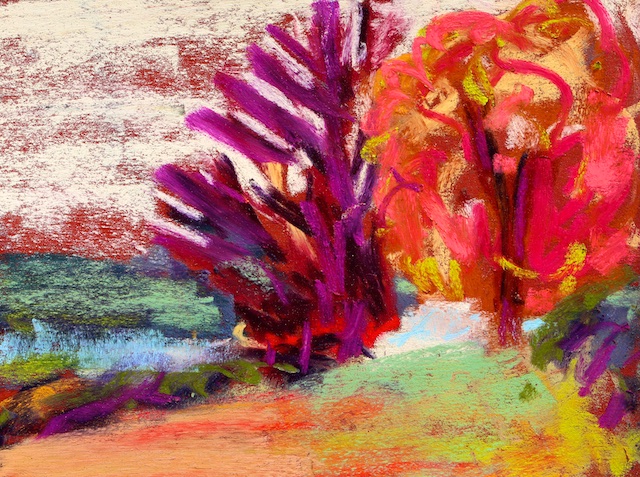 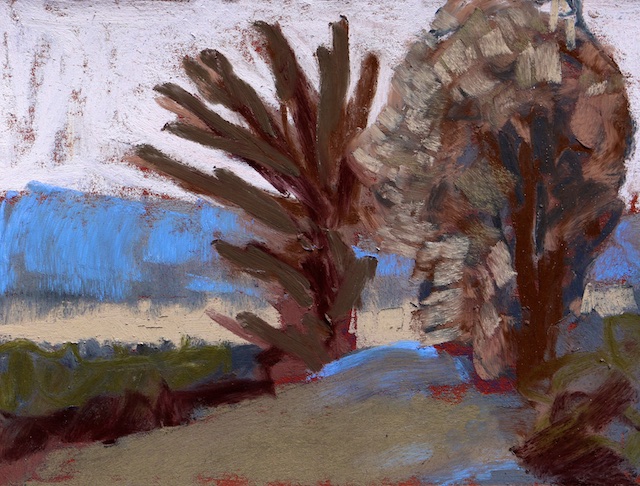 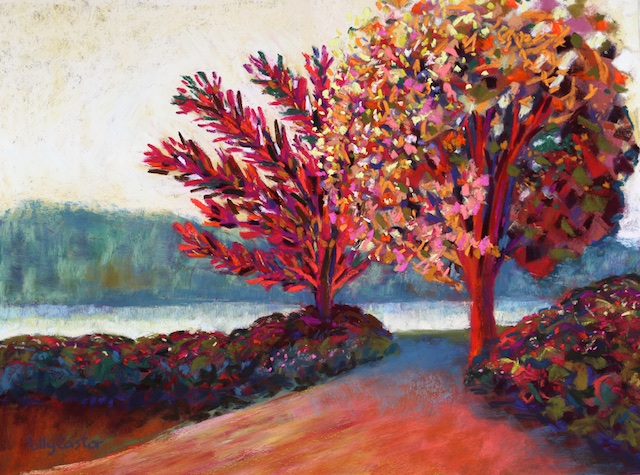 A gray walk today, but texture everywhere. So much