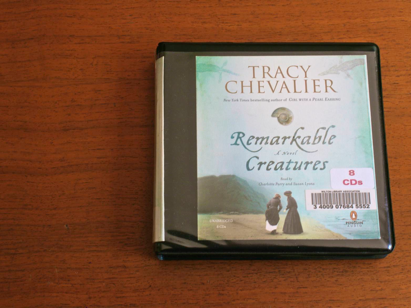 Having enjoyed the Girl With A Pearl Earring by Tracy Chevalier (about the artist Vermeer which also became a major motion picture) and really liking the character of Mary Anning which this novel is about, I snatched this book up and I’m so glad I did.

Mary Anning discovered the first creatures from the Jurassic era: the ichthyosaurus and plesiosaurus, specifically. She was a working class girl combing the beaches at Lyme Regis, finding and selling fossils for her family in the early nineteenth century. The rhyme, “She sells sea shells down by the sea shore,” was originally about her. She becomes an expert on fossils, rocking the scientific world by discovering the first extinct animals ever found. This was challenging to many at the time as it seemed to imply not only that the world was older than a literal interpretation of the Bible indicated, but that God might either have made defective models or not sufficiently cared for them. Not only was Mary Anning in the right place at the right time, she had the uncanny ability to find these monsters or “curiosities,” and to understand what she was looking at. Oxford geology professors would visit her to learn what she knew. I first became aware of Mary Anning from the picture book shown in the bottom photo which our kids have loved; our family has been fascinated by this extraordinary girl ever since.

This book is a very good adult rendition of her story; I give it five stars. (For most of the book I thought I’d share it as a resource for young homeschoolers interested in either fossils or true accounts of unique, famous women, but there is some adult content near the end of this book which makes that recommendation inappropriate.) The book is written alternating between two women’s perspectives, with the CD literally using two voices, which makes it particularly good in audio.

The other main character in this novel is Elisabeth Philpot, who is a friend to Mary, but is more educated and of higher social standing. This story not only traces the fossil discoveries and their implications on the scientific and theological community, but of female friendship, their impending spinsterhood, and the struggle of women to make a meaningful contribution in a world dominated by men. These two women are the true “remarkable creatures” to which the title implies. I loved them! 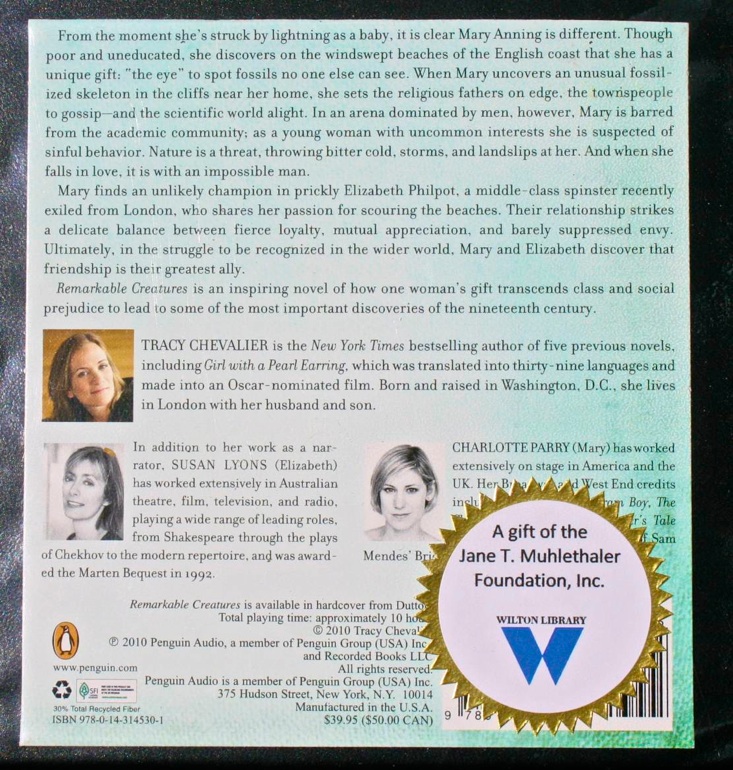 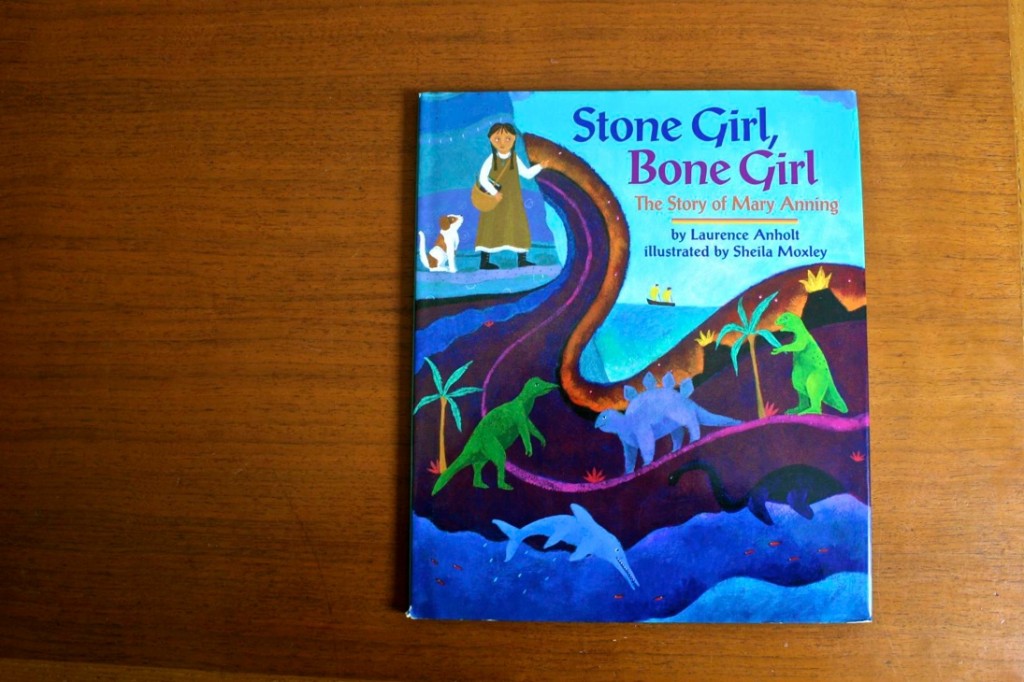